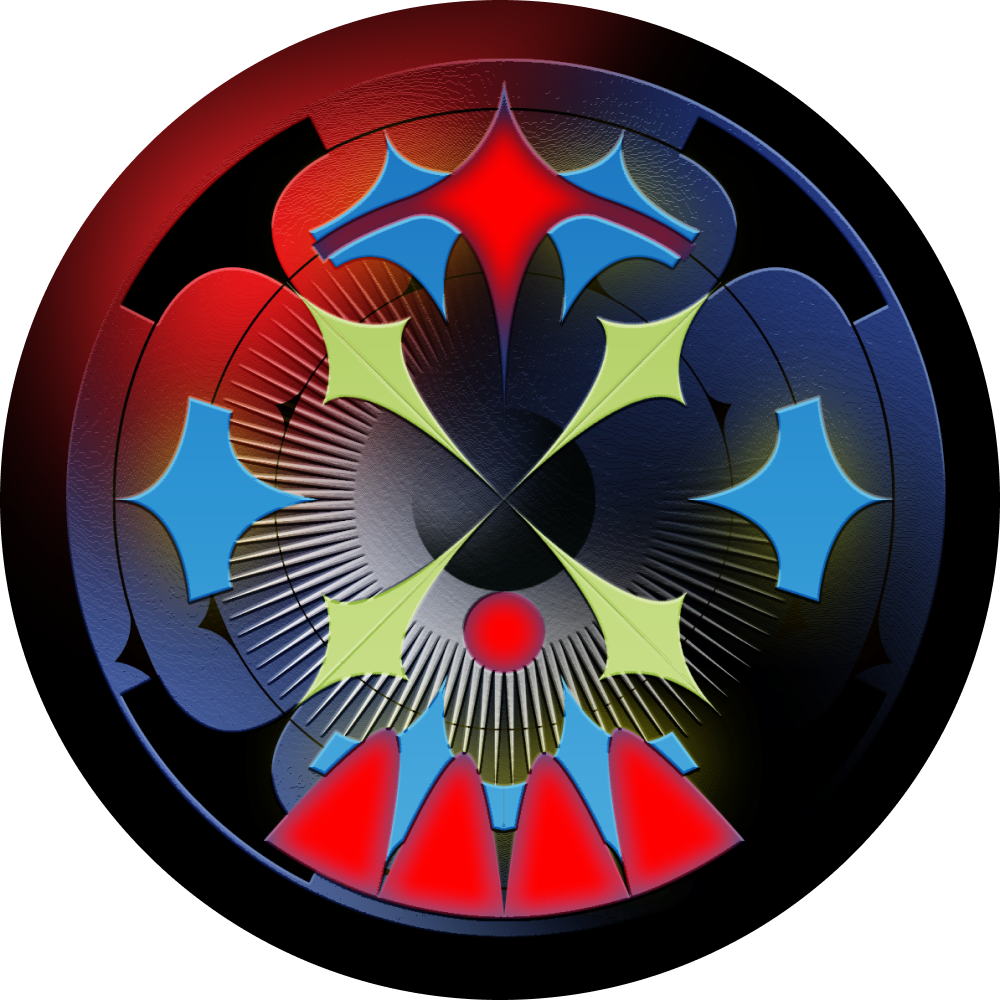 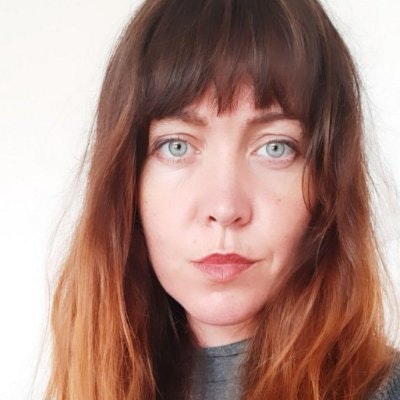 Use the Zodiac collection of tools today through the Zodiac App available on Gnosis Safe. Join the Gnosis Guild Discord if you have any questions about Zodiac, and follow @GnosisGuild on Twitter for updates.

Myths are resilient. Take, for instance, the stories we tell ourselves about the stars. The characters that accompany the constellations, like the Great Bear, the Bull, or the Seven Sisters, appear to pass singularly from one generation to the next. However, upon closer inspection, these myths are not monolithic; they culturally transform in their telling. Even more, these myths are not merely stories, they are also design systems supported by artefacts like glyphs, charts, and cards that carry their resemblance through time.

In a sense, the artefacts that accompany constellations can be viewed as collections of tools to pass on their memory, which are consistently reincorporated into new settings, like in the Final Fantasy Tactics example above. The key to their success perhaps lies in their composable “open source” plurality. In this light, if DAOs aim to be networks in which “collective memory freely circulates”, their tooling can learn from stories like the constellations that survive millennia (1).

After 2016, The DAO gave rise to many decentralized governance platforms, each offering its own protocol for making decisions. In 2021, the ecosystem flourishes with hundreds of DAOs combining platforms, protocols, and tools. However, threads connecting this plug-and-play approach lacked an open standard until now. In our last post, we offered a prehistory of DAOs, but now we’ll share one of their futures.

A composable design philosophy for DAOs, Zodiac is a collection of tools built according to an open standard. The Zodiac open standard enables DAOs to act more like constellations, connecting platforms, protocols, and chains, no longer confined to monolithic designs.

In other words: Zodiac is the expansion pack for DAOs.

Zodiac launches today with four tools available through the Zodiac App on Gnosis Safe. These are Exit, Bridge, and Delay, which join Reality (formerly SafeSnap) in the Zodiac collection of tools.

Each adheres to the Zodiac open standard consisting of Avatars, Modules, Modifiers, and Guards. The current Zodiac compliant collection of tools, soon to all be available through the Zodiac App, fully encompass:

Anyone can contribute to the Zodiac compliant collection of tools by submitting a pull request on the repository. We look forward to sharing collaborations with partner organizations dOrg, Snapshot, Collab.Land, DAOhaus, yearn.finance, Friends with Benefits (FWB), TokenWalk, PrimeDAO, Gitcoin, Raid Guild, ShapeShift, SZNS, Radicle, Stakewise, Colony, DeepDAO, Moving Castles, Other Internet, and Black Swan. Even more, Zodiac works with the ecosystem to develop a DAO Improvement Proposal (DIP) process to establish standard practices, which can be discussed in the Gnosis Guild Discord #dao-improvement-proposals channel with the plans to move to a more public forum.

Because of its composable design philosophy, Zodiac supports DAOs on the road to progressive decentralization. This philosophy decouples avatars from decision making, meaning that practices surrounding governance, membership, and treasury management can be customized independently of the affordances of any of the tools a DAO uses.

For example, let’s imagine a DAO on a common trajectory today. A DAO begins as a squad with an idea. They deploy a Gnosis Safe multi-signature account as their avatar to manage shared resources, and this Gnosis Safe has 4/6 signatures required to execute a transaction. While informal proposals through a group chat suffice initially, eventually their decisions as a squad become more substantial: they decide to launch a token to expand their project. In order to keep a formal record of their decisions, they create a Snapshot space for token voting, and their first vote includes who should be elected as signers on their Gnosis Safe. Using the Zodiac App, they also equip Exit, so that anyone who holds their token can leave the organization with their proportional share of digital assets if they disagree with a decision.

As time goes on, their community grows rapidly, developing many centers of activity through their token-enabled Discord, and one central team managing their Gnosis Safe becomes less than ideal. They decide to use Reality, allowing both off-chain Snapshot proposals and Discord polls to trigger on-chain Gnosis Safe transactions that anyone in the community can execute. To add extra security to this new practice, they enable Scope, which restricts addresses their Gnosis Safe can call. After acclimating to using Snapshot and Gnosis Safe with the Zodiac mods Reality and Scope, they choose to disable the Gnosis Safe signers, achieving decentralization of its core technical system managing resources.

Continuing the example with a future scenario, eventually this DAO community would like more refined governance processes than token voting. They take an interest in conviction voting, in which members can continuously signal their preferences, and they decide to use an upcoming conviction voting app on the xDai network to save gas fees. Operating as a multichain DAO does not sacrifice composability, however, because they also enable Bridge, which connects the conviction voting app deployed on the xDai network to their Gnosis Safe treasury deployed on Ethereum Mainnet.

Zodiac not only changes access to platforms, protocols, and tools, but bridges chains, organizations, and networks through DAO-to-DAO (D2D) collaboration mechanisms. We expect DAOs to grow across ecosystems, seeing the Zodiac open standard as their foundation. Even more options for nuanced governance processes can be achieved with Seele, which enables interchangeable voting strategies, meaning DAOs can coordinate multiple agile governance processes across teams, squads, and other DAOs participating in their network.

The approach of DAOs embracing modular tools as their organization develops proves their most effective cultural pattern yet. DAOs can continue with their favorite platforms, which become newly composable through equipping Zodiac modules, modifiers, and guards. Like expansion packs for games that introduce new maps, loot, and storylines to existing worlds, Zodiac encourages a plug-and-play culture of modding. Participants can shape their access to DAO tools, foregrounding a way the web could still be.

The team behind Zodiac

Gnosis Guild is a society for interdependent software with the values of conviviality, co-ownership, and experimentation at its heart. Incubated by Gnosis, we operate as a small team using the tools we build. The two co-founders of Gnosis Guild, Auryn Macmillan and Kei Kreutler, bring over ten years combined experience developing products for decentralized governance in the blockchain ecosystem. From closely observing the rise of Gnosis Safe, our awareness that the DAO technology stack lacked composability ignited the initiative for Zodiac.

Gnosis Guild is a core contributor to Zodiac and a keeper of the open standard. True to its philosophy, however, Zodiac is open for participation. Anyone can contribute to the Zodiac compliant collection of tools by submitting a pull request on the repository. As an initial core contributor, Gnosis Guild approves which submissions comply with the standard. We embrace practices that will over time meaningfully distribute contribution, governance, and ownership of the value Zodiac produces, encouraging individuals, teams, and DAOs to participate. This includes the Zodiac design language, which consists of glyphs that can be recombined to create Zodiac icons.

Developed by PROPS.SUPPLY, the design language represents the collection of tools according to the qualities, such as strength, magic, and dexterity, each tool affords an organization. Even more, DAOs can overlay these glyphs to represent the constitution of their organization as a badge. While still evolving, the release of the first version of the design language will coincide with a Gnosis Guild NFT drop.

Through this design language, Zodiac seeks to decentralize not only its development but its vibe.

The future of Zodiac is bright.

The tools launched today enhance existing practices in the DAO ecosystem, but the Zodiac roadmap aims to establish new practices in DAO-to-DAO collaboration mechanisms with a special focus on multichain governance. Upcoming Zodiac releases ​​include secret voting with zero knowledge proofs magic, message bridges between compatible networks, and web3 backends for your favorite virtual worlds. Like the glyphs that when co-present on star charts change their aspect, the Zodiac collection of tools are mods that support, expand, and transform how organizations operate.

Use the Zodiac collection of tools today through the Zodiac App available on Gnosis Safe. Join the Gnosis Guild Discord if you have any questions about Zodiac, and follow @GnosisGuild on Twitter for updates.

An announcement about how to participate in Gnosis Guild and the Zodiac design language will follow soon.